Ikram Farah is president-elect of the McMaster Students Union

Ikram Farah is president-elect of the McMaster Students Union

The votes are in and the results have been ratified by the Elections Committee. Ikram Farah won the 2018 MSU presidential election and is president-elect of the McMaster Students Union. The President takes office on May 1, 2018 but will begin the transition process in the coming weeks.

The Elections Committee, charged with overseeing all elections of and within the MSU, has completed the campaign evaluation process by assessing fines and addressing complaints levied against candidates. To that effect, presidential candidate Rabeena Obaidullah was disqualified from the election, due to four independent violations of election rule 4.17 campaigning or advertising an election on Facebook groups, pages, events or chats, except those expressly created to advertise a candidate’s campaign.

The Chief Returning Officer has presented all evidence used by the Elections Committee in making its determination to Ms. Obaidullah.  All ballots cast for Ms. Obaidullah remain valid preferential ballots in the election. As per Bylaw 10 – Elections, rule 7.1.5 - if a candidate or referendum side is disqualified ... after polling has taken place, the disqualified ... candidate shall be declared “out of the race” and his or her first choice ballot recounted in accordance with the second choice indicated on the ballot. 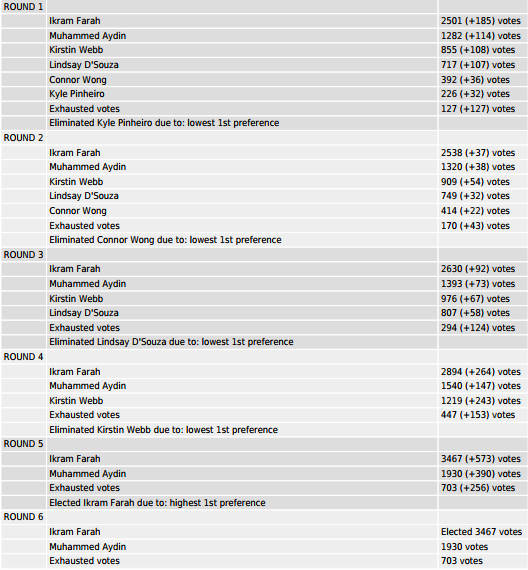 In addition to the presidential election, a referendum concerning the fee paid by full-time undergraduate students to the McMaster chapter of the Ontario Public Interest Research Group (OPIRG) was held. The referendum results are as follows: 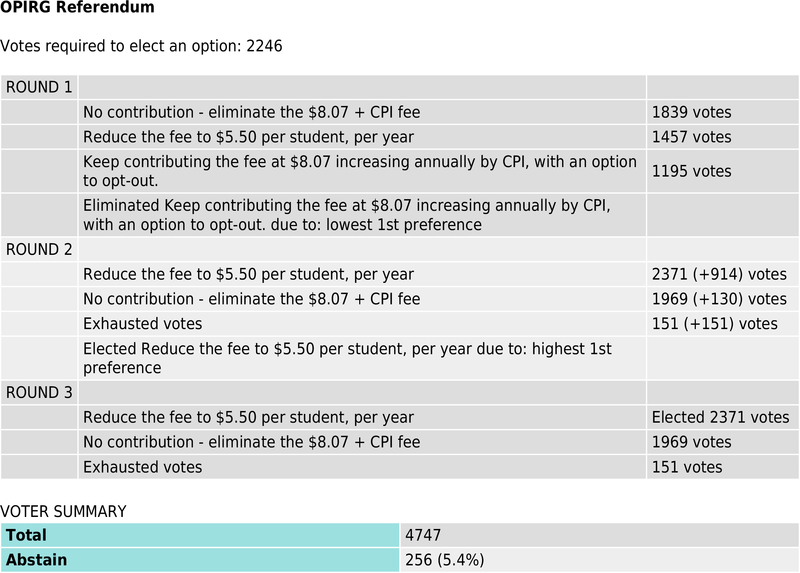 Beginning in September 2018, full-time undergraduate students will contribute $5.50 to the McMaster chapter of OPIRG.

Posted in: President, MSU Departments & Services, Board of Directors, General | No comments yet