Voting is now over! Thank you to everyone who particiapted and all the candidates who ran. The next president of the MSU 2016-2017 has been elected, congratulations: 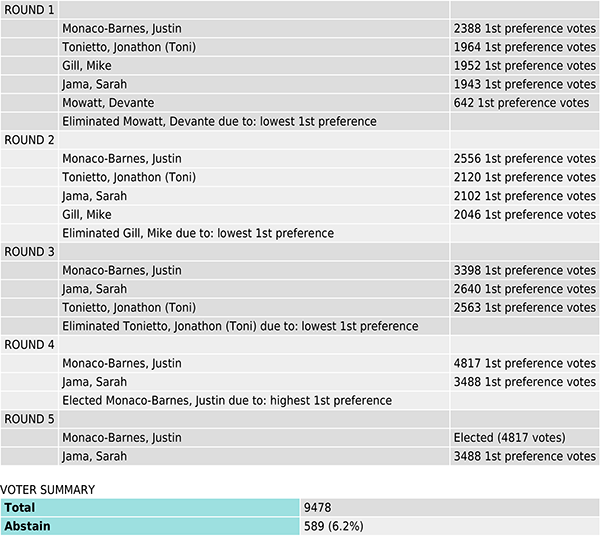 Candidate Sarah Jama has been reinstated into the election after appealing the decision of the Elections Committee to disqulify her. For full coverage, clock here

The President is an important figure in determining the future direction of the MSU. This year we have five amazing candidates; follow the links bellow to learn about their platforms!

Want to see them in person? Come out to the Presidential Meet n’ Greet night for a casual atmosphere to get to know your candidates a bit better. Meet n’ Greet is in TwelvEighty from 7pm-9pm with free food!

Also come out to the Presidential Debate this Thursday January 21st from 3:30pm-5:30pm in MUSC Atrium.

Watch your mac emails from January 26-28 for an email on how to vote!

Update as of January 11: there has been an addendum to the rules (addition 4.23), please look below for the new rules. Changes are marked in red and highlighted in yellow.

If you wish to take out a loan with the MSU, please inform us by Tuesday January 12th at 11:59pm. Contact us at elections@msu.mcmaster.ca.

Candidates are eligible for a discount at Underground for the duration of the campaign period. Printing will be set at a standard rate of 75 cents per page for coloured posters on 11"x17" tabloid paper only.

If you're interested in running for MSU President, you can find all the necessary documents below, including the nomination form (hand in to  MUSC 201 by January 15, 2016 at 5PM) and rules.

If you have any interest in the position, check out our How Do I Run? page for a how-to guide!

If you are running, you must attend the All-Candidates Meeting that will take place Friday, January 15, 2016 at 6PM in Guilmour Hall 111. Campaigning will start January 17 at noon, polling will open online January 26 at 9AM, and both campaigning and polling will end January 28 at 5PM. On Tuesday January 19, 2016 from 7PM-9PM there will be a Presidential Meet n' Greet in TwelveEighty. In addition there will be an All-Candidates debate on Thursday, January 21, 2016 at 3:30PM in the MUSC Atrium.

The MSU President is elected annually by the MSU membership as outlined by the procedures in the MSU Constitutional and Bylaw 10. The elected candidate will subsequently hold office from May 1st to April 30th. The President may carry a course load of not more than three (3) units per academic term. This course load restriction may be waived by a two-thirds majority vote of the SRA.